Here are great examples of the sample cards for this season. Enjoy!

Getting older is kinda creepy. It is like the final days are creeping up on me. I feel there is so much to say. And, so much to pass on to my family. It is creeping me out.

My body is really starting to sag. And, my stamina is not very great, these days. There are so many activities I imagine doing in a day. When I lay down at night, and look over my day, I realize I have not done much that I intended. I blame my sagging old body.

The memories I have lodged in my head need to be documented. Or, at least, logged on paper. Then, they would not be floating in my head, day after day.

When, I relay a memory, I catch myself looking into the faces of, “What is she talking about, now?” That is creepy to think people aren’t interested in my memories. I’ll work on my timing. Or, just write them down. That way, the memories won’t be lodged in my head.

Jamberry StyleBox is the way to go if you love Jamberry Nails as much as I do. You receive one sheet from the new Fall/Winter Catalog and one sheet of specially designed Jamberrys to compliment the first sheet. AWESOME!

I just watched this movie with my DIL. She had the advantage; she read all three books before seeing the movie.

It was interesting. I don’t think I would like the book. I can’t even make it through a magazine. I’m just not a reader. (sad face)

This is one of the funniest ones I’ve seen. Probably, because of the original. Enjoy!

The Red Pen of Doom

Back in the day, Weird Al Yankovic was proudly, loudly weird. Today, he’s the master of parody videos, which keep getting better and better.

This one is a dream for writers and editors everywhere. He speaks the truth. Sing it, Al, and let the rumors that you’re retiring be false.

I’ve spent a lot of my life worried about what other people thought about my looks and my behavior.

My life changed from a carefree kid to cautious teenager when I went into Junior High School. It was at that point I realized I needed to have the right purse, the right shoes, and the right behavior in order to blend. I can’t tell you if it was to make myself be in the group. Or, to look so much like the group that I didn’t attract attention. But, it was then I became aware of other people’s thoughts of me.

I’ve since learned all those other people that I thought were spending their time judging me were just trying to blend in, themselves.

So, I tried to be myself. But, who was I, exactly? I was wife to that man, Mother to those two boys, and friend to those few. But, I didn’t really know who I was, or wanted to be, at the time.

I always told my husband, “They see Niena.” “But, they don’t really see ME.” As if I was presenting a side of me that I thought they wanted to see. Like it was an audition for approval.

When I went to any occasion, I would prep Niena in a way so she would be the best Niena she could be for that moment. I was prepping Niena for a performance. They didn’t get me; they got Niena. I didn’t really act like myself. Upon leaving the occasion, often it was a relief, like I could exhale.

My ex (who shall remain nameless), after leaving such an occasion, asked, “Who were you in there?” At the time, I didn’t understand what he meant. But, I remember being crushed at his disappointment in me. He actually remarked that I ‘acted like a fool in there.’

How exhausting is that on a being?

Finally, Niena and Me have come together. I can be me all the time. Niena is me. Me is Niena. And, I like me. 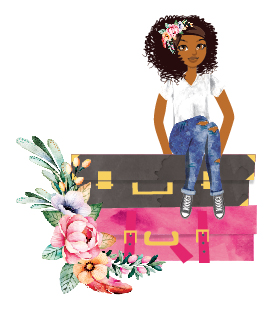 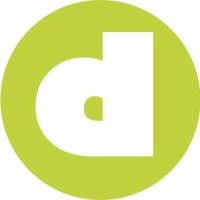 In solitude I find my answers

A little bit about whatever I'm interested in at the moment!

Food does not need to be fancy to be celebrated

A gleeful account of 2 native Texans, our dogs, and fixing up a little house in Austin.

Adventures in grilling,barbecue and beer

Artist, photographer and upcycler living in Vermont. Viewer of the world through eyes and lens.

Life is funny. I live a fun life.

The latest news on WordPress.com and the WordPress community.

Niena Ray
Create a free website or blog at WordPress.com.